Imagine, it’s 1986, you’re a grown-ass adult living in Japan and after a hard day’s salaryman/womanning you get home to your apartment, kick your shoes off at the door and slip on these beautiful babies. 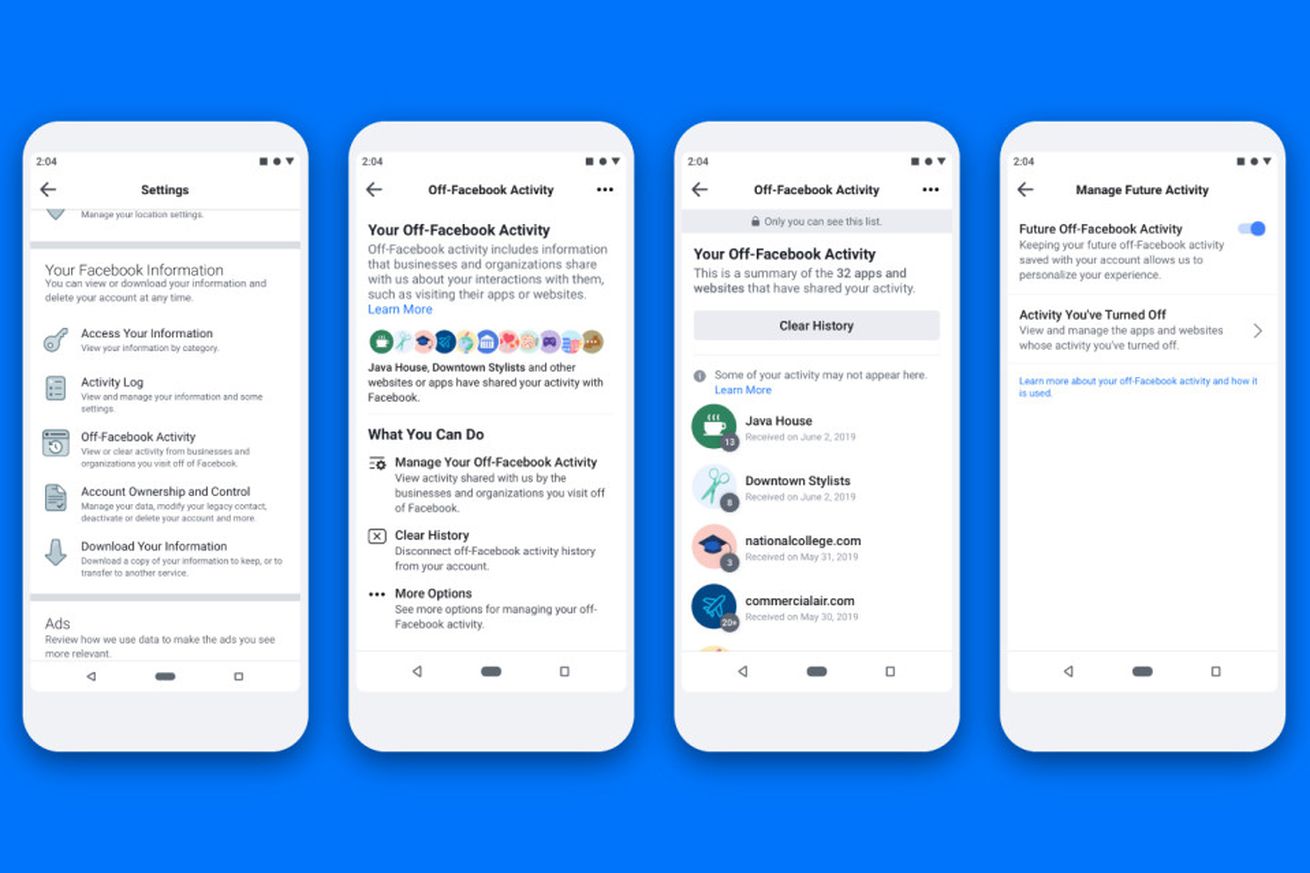 Facebook’s Clear History tool is now available in all countries, CEO Mark Zuckerberg announced in a blog post today. It’s part of a new section in your settings called “Off-Facebook activity,” and it lets users see which third-parties have shared user interactions with the social network — even when they’re not using Facebook directly.

Off-Facebook activity is the information that businesses and websites share with Facebook based on your interactions with those sites or apps. The Clear History tool can be helpful if you’re constantly getting ads for something you were just looking at online or being served suggestions for things Facebook thinks you might be interested in. Besides clearing your history, the new section also includes options to view your information by category, download the information, and select how off-Facebook activity can be managed in the future.

The tool was first announced at the company’s annual F8 developer conference in 2018 in the wake of the Cambridge Analytica scandal, and it first rolled out to three countries after facing months of delays. Facebook says the unexpected delays were due to technical challenges related to how the company stores data on its servers.

”Off-Facebook Activity marks a new level of transparency and control,” Zuckerberg wrote today. “We’ve been working on this for a while because we had to rebuild some of our systems to make this possible.”

In an initiative to mark Data Privacy Day, Facebook is showing users a prompt in the News Feed to review their privacy settings, directing them to a Privacy Checkup tool. The tool takes you through a tour of who can see your information, an option to turn on two-factor security, and which apps use your Facebook account to log in. Notably, it doesn’t point users to the new Off-Facebook activity introduced today. It’s also not the easiest tool to find as it’s buried in the side menus. Here’s a direct link, or you can find it in Settings —> Your Facebook Information —> Off-Facebook Activity.

Zach Sullivan is the first-ever pro ice hockey player to come out as bisexual by Vic Parsons
Tuesday January 28th, 2020 at 10:04 AM

Sullivan, who plays for UK team Manchester Storm, said he was coming out in the hope it would “help others”.

Believed to be the first professional ice hockey player to come out as bisexual, the 25-year-old said he hopes his decision “will give other hockey players around the country the same confidence to do the same”.

“I’m not doing this in the hope of any publicity. I’ve always been a very private guy, but I realise that I have a unique opportunity to do some good,” he said.

In a statement on Twitter, Zach Sullivan, who is from Redhill in Surrey, said he had “battled with mental health problems” but made the decision to go public “with the support, understanding and acceptance” of his family, friends and teammates.

“I have never been more proud to wear a jersey before, especially one that celebrates all gender identities and sexualities.”

Sullivan’s coming out has been met with widespread support, including from Manchester Storm’s captain, Dallas Ehrhardt.

“We couldn’t be happier for our teammate and we 100% have his back,” said Mr Ehrhardt.

“The hockey world is a tight-knit supportive community and when something as important like this happens, the whole sport gets better.”

Manchester Storm’s head coach Ryan Finnerty said it was a “historic moment” because Sullivan is believed to be the first professional ice hockey player to come out while still playing.

“His strength and courage will inspire the youth of tomorrow,” he added.

In Manchester Storm’s game against Dundee on Sunday, the players wore rainbow-coloured Pride jerseys to celebrate inclusion and diversity.

The post Zach Sullivan is the first-ever pro ice hockey player to come out as bisexual appeared first on PinkNews - Gay news, reviews and comment from the world's most read lesbian, gay, bisexual, and trans news service.

Earlier today, fans spotted some Animal Crossing: New Horizons decals for the Switch on the Japanese HMV store website. Eager fans are now pouring over them trying to figure out which new characters will be in the game.

We like it when we see someone in the public eye learn from a mistake and use that to educate others, so we’re happy that author Stephen King has taken the time to correct and expand on some comments he made in the wake of the Oscars’ continued failure to produce a diverse field of nominees.

On January 14, the day after the Oscars nominations were announced, King tweeted a few comments on the nominations and, in part due to the fact he didn’t thread his tweets (it’s okay Stephen, it happens to the best), one tweet in particular blew up and engendered a great deal of criticism, including from us here at TMS.

Today, King published an Op-Ed in the Washington Post to explain this and clearly state that “The Oscars are rigged in favor of white people.” He rightly states of social media: “Lines of belief are drawn with indelible ink, and if you step over them — wittingly or otherwise — you find yourself in the social-media version of the stocks and subject to a barrage of electronic turnips and cabbages.”

King noted the above tweet and added: “I also said, in essence, that those judging creative excellence should be blind to questions of race, gender or sexual orientation,” but he clarifies. “I did not say that was the case today, because nothing could be further from the truth. Nor did I say that films, novels, plays and music focusing on diversity and/or inequality cannot be works of creative genius.”

This is true but it’s certainly not how the comments came across – or at least how the isolated tweet came across. That’s not just a flaw in the sentiment, but also a flaw in social media, which reduces nuanced arguments to soundbites and responses by way of gif, not discussion.

King, however, goes on to make it clear that his ideal world, where he and all academy members would view art from a purely artistic point of view and not even think of “diversity” does not exist. It’s really important for him to say this, and to note, correctly, that the Academy of Motion Picture Arts and Sciences is overwhelmingly white and male in their demographics, even if there has been positive movement in recent years.

But as King succinctly puts in it: “Not good enough. Not even within shouting distance of good enough.”

King does what a lot of men don’t and calls out not just the membership of the Academy but the fact that the majority of the best picture nominees “are what my sons call ‘man-fiction.’ There are fights, guns and many white faces.” Add into this the fact that the while, male academy might not see the non-white, not-male films and even if they do, they might not get them.

Without using the term, King acknowledges his own privilege: “Where am I in this diversity discussion? Fair question. The answer is white, male, old and rich.” But he also notes, again without using the word, that he’s an ally that has written strong female characters and stood up for colorblind casting. But that still all comes from a privileged perspective in a racist, sexist world.

King clearly states what he was trying to get across two weeks ago: “as with justice, judgments of creative excellence should be blind. But that would be the case in a perfect world, one where the game isn’t rigged in favor of the white folks.”

Again, I’m glad that King is taking the time to clarify and state in no uncertain terms that a world where we valued art only on its merits would be great, but we aren’t there yet. He even, sort of, alludes to the fact that our subjective responses and valuations of art have to do with our own privilege or life experiences and we need a diversity of perspective in order to honor diverse art.

Overall, it’s heartening to see a man in power use his platform to grow and support marginalized voices, in his way. We won’t make progress without privileged people acknowledging that the world is unfair and needs to change. This is a good stand to take.

Have a tip we should know? tips@themarysue.com

If you connect the stations where the Picard-branded Metrocards... by ajlobster
Friday January 24th, 2020 at 2:08 PM

Fashion It So
2 Shares 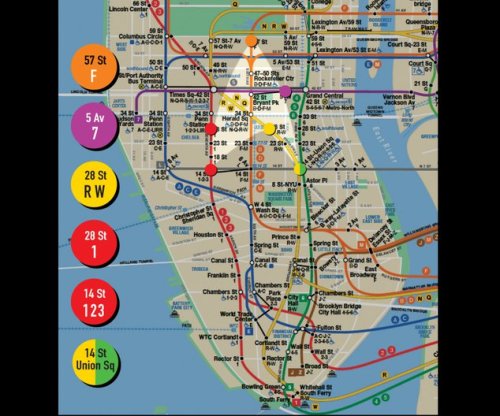 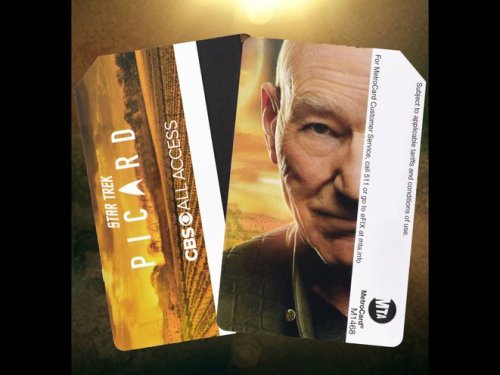 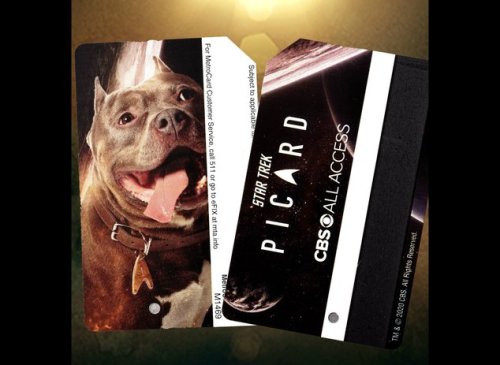 If you connect the stations where the Picard-branded Metrocards are available, it makes the Starfleet insignia.