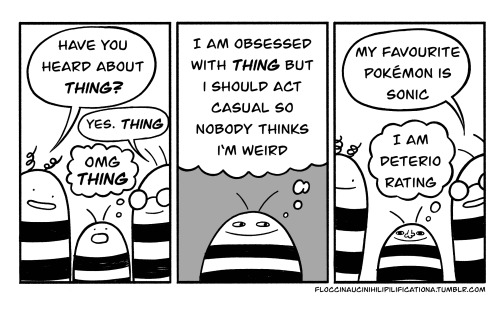 “When I go shopping for an Audi and I can’t afford it, I don’t get to declare an Audi shortage,” said Erica Groshen, a labor economist with Cornell University. “At the wage being offered, businesses still aren’t getting as many applicants for work.”
Washington, DC

Brian Wilson has announced At My Piano, a collection of new instrumental takes on Beach Boys hits. The album is out on November 19th via Decca Records. As the title suggests, the 15-track effort features piano-only renditions of Beach Boys classics such as “California Girls," "Surf’s Up," and "Good Vibrations."…

Please click the link below to read the full article. 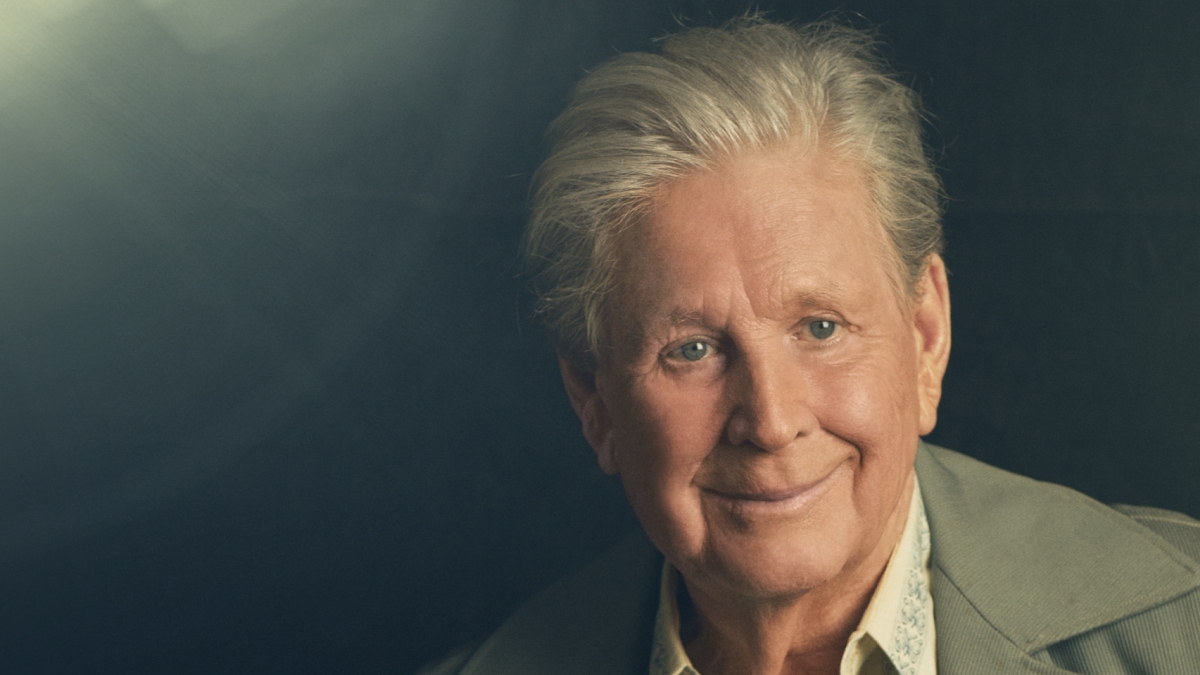 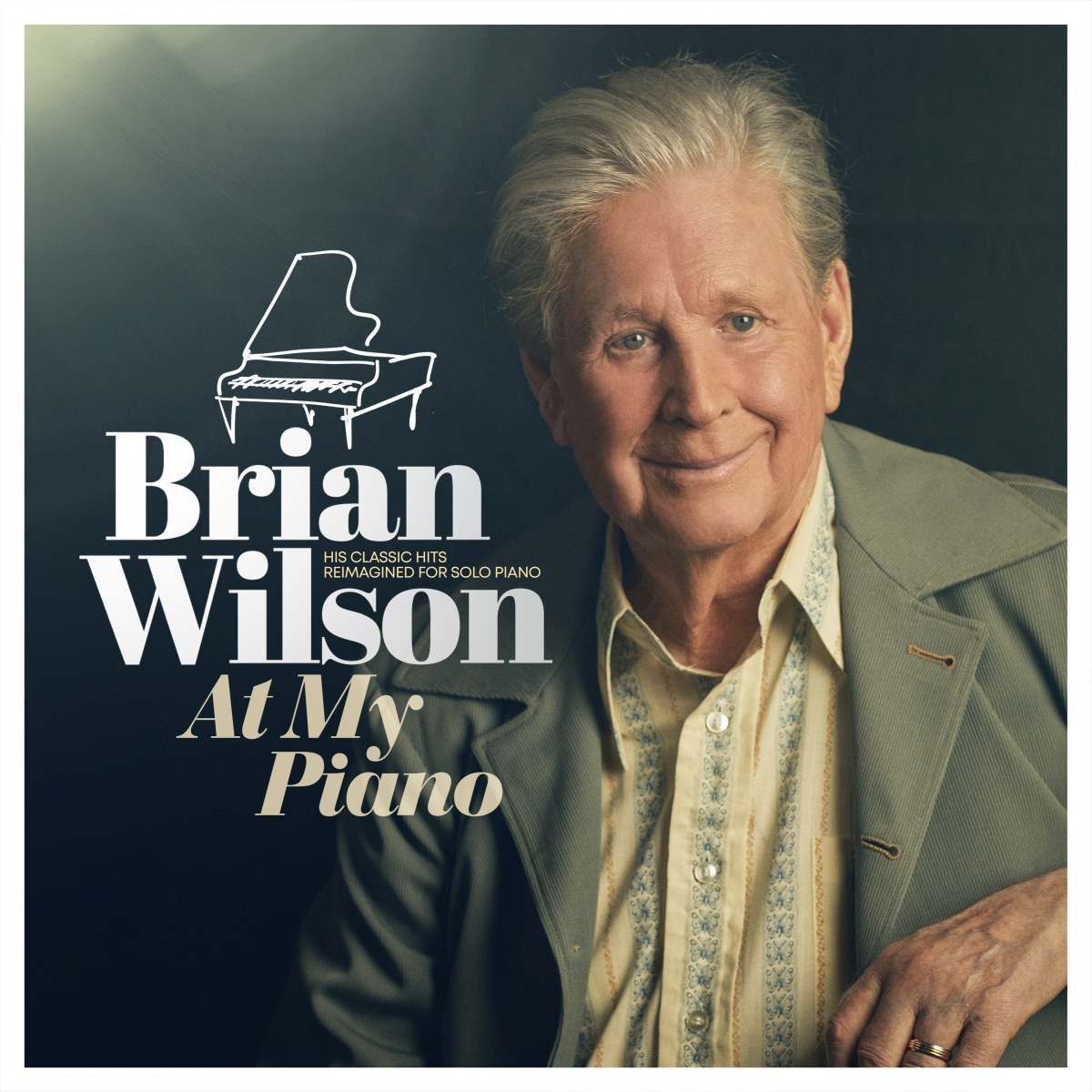 A few weeks back, romance readers accused writer Romilly King of plagiarizing fanfiction stories and making a profit off of fic authors’ work. They worked together to contact the original writers, as well as others potentially tricked by King like the audiobook narrators, booksellers, etc. Theft of creative works never sleeps, though, and this time the accusation of theft comes from a romance author, and the alleged theft comes from within her own family.

Author A.K. Evans took to her blog to share the details of what she found to be stalker behavior and accused fellow romance writer Dr. Rebecca Sharp of plagiarism. Before getting into the meat of the blog post, Decay: A true life stalker story, Evans shared that she purposefully avoids entangling her personal life and her author persona. However, she writes that the betrayal has been noticed by too many fans, and it is time to reveal how deep this issue is with Sharp.

The family member in question?

Shared sometime late summer of 2021, the long blog post (with over 20 receipts) details out the more mundane, probably-just-a-coincidence similarities to the more defined examples of theft.

First, Evans shares examples of Sharp posting on social media with similar images, fonts, and captions—sometimes within hours. She writes, “This doesn’t seem like a big deal. They are all simple posts on social media and really don’t matter. But it’s important to this whole thing because it shows a pattern of behavior.”

Next, Evans shows examples of fans reaching out across platforms about similarities and her own research after the fact. In some instances, readers shared with Evans that Sharp reached out to them on Goodreads because they positively reviewed Evans’ books. In the screenshots, Sharp writes that their reviews were thoughtful and she hoped that they would check out her book, as well.

Related or not, this is inappropriate and unprofessional. Reaching out to readers is kind of on par with commenting below a person’s YouTube video saying, “Check out my content.” What’s worse is that, in the blog post, Evans states that she and Sharp are not on speaking terms. Reaching out like this also invited readers to compare both authors’ work, which is kind of ill-advised considering the similarities.

While the premises of the books being in a detective agency or about snowboarders is similar, that alone doesn’t warrant the accusations. Certain premises are genres within themselves. The issue lies in how, some months later, Sharp seems to release books right after Evans. Also, the fact that the plot points, characters’ names, in-book locations, book blurbs, announcement graphics, and covers are the same is a major issue.

Many of these examples are whole series! Even if one could forgive a similar Book 1, how can one ignore the next 4+ books’ plot following the same trajectory?

In some of the similarities, nuance is also lost between the books. For example, Evans wrote about a rape survivor in the title Overcome. Evans compares that to Sharp’s book (always released after) was called Befallen. Where Evans’ book has a line that reads, “It’s time to wake up, warrior,” Befallen‘s advertisement copy reads, “She was more than an overcomer. She was a warrior.”

Alleging that Sharp created a fake Facebook to get into Evans’ private book group and join Evans’ newsletters, Evans shared screenshots of an account for a person named Megan Dane. Sharp claims she was blocked or the account was deleted after her sister-in-law was confronted.

To help paint a picture of this story, know that the profile image on “Megan Dane’s” Facebook page was of a BlueLivesMatter flag. Yep.

Maybe Sharp just had that in her recent downloads?

In addition to the anecdotal evidence, Sharp showed blocked-out IP addresses for the ghosted Facebook user, newsletter, and a person frequently visiting her page for hours at a time that all come from the same location.

By the end of her blog, Evans makes it clear that she doesn’t want her sister-in-law harassed or sued. She blurs out identifying information and invites Sharp to prove her wrong. Evans says Sharp is unlikely to challenge her. Evans writes, “Because she knows that it’s not just her pen name that’s at stake at that point. Exposing her real identity exposes the dental practice. And exposing that? Well, let’s just say that this short story I’m sharing is not the first time her family has made headlines.” Sharp locked her Instagram comments and has not spoken up about these accusations publicly, even weeks later.

In the meantime, I encourage you to check out the 3,900-word account and look at the pictures yourself. There are so many creepy details Evans shared in the blog post. There are also people in r/RomanceBooks who claim to have had alarming interactions with Sharp and her books.

Unredacted, Evans might have enough to pursue legal action for plagiarism, but what she’s interested in is simpler than that: “What do I want? I want this to stop. That’s all I’ve wanted from the very beginning.”

Alexandria Ocasio-Cortez Brought Her “Tax the Rich” Message to the Met Gala & Everyone Has Big Opinions by Vivian Kane
Tuesday September 14th, 2021 at 3:37 PM

After a year off, yesterday marked the return of the Met Gala, the annual exclusive arts fundraiser where celebrities dress in elaborate couture and allow us normies to watch from afar and judge them and their adherence to a vague theme.

Zoe and Tessa judging the looks is all of us 😂 #MetGala pic.twitter.com/6cgjSEVK9z

Among the movie stars and fashion icons, New York congresswoman Alexandria Ocasio-Cortez also attended the event this year, where the theme was “In America: A Lexicon of Fashion.” She showed up in a white gown with big red letters emblazoned down the back reading “TAX THE RICH.”

The outfit was designed by Aurora James, founder and creative director of Brother Vellies. James is also the founder of the 15 Percent Pledge, which calls on major retailers to dedicate at least 15% of their shelf space to Black-owned businesses.

“The medium is the message,” the congresswoman wrote on Instagram. “Proud to work with @aurorajames as a sustainably focused, Black woman immigrant designer who went from starting her dream @brothervellies at a flea market in Brooklyn to winning the @cfda against all odds – and then work together to kick open the doors at the Met.”

Speaking to reporters on the red carpet, AOC explained her outfit further, saying, “When we talk about supporting working families and when we talk about having a fair tax code, oftentimes this conversation is happening among working and middle-class people (on) the senate floor.”

“I think it’s time we bring all classes into the conversation,” she said.

Speaking with CNN, James issued a similar message: “I think ultimately a lot of these conversations that we have about economic justice usually happen in spaces with working class people…and [the congresswoman] wanted to make sure that this message was brought into that room and into a group of people who ultimately have to be more wiling to be more liberal with their economic values as well.”

When we talk about taxing the ultra-wealthy, Met Gala attendees are the exact people we’re referring to, as a single ticket to the event costs $35,000. But the reaction to Ocasio-Cortez’s message is starkly divided between those who celebrate her decision to bring it into this room, and those who see it as hollow.

AOC clearly knew there would be backlash. Alongside an image of her dress, she tweeted: “And before haters get wild flying off the handle, New York elected officials are routinely invited to and attend the Met due to our responsibilities in overseeing and supporting the city’s cultural institutions for the public. I was one of several in attendance in this evening.” (New York Mayor Bill de Blasio was also there and even drew protesters to the event.)

Still, the backlash came, and it came from all sides. Fox News and right-wing celebrities called her hypocritical, but so did a lot of more left-leaning Twitter users. New York Times fashion critic Vanessa Friedman called it “complicated.”

To all the people claiming AOC got a “free” ticket to the #MetGala — just because she did not pay for it does not means it is “free.” Someone paid 35K for her to attend. Just seems she might have wanted that money used for something other than an elite party ticket.

I understand the criticism, but I find myself appreciating the effort to subvert not just the event itself but the theme of American values and aesthetics. (Not to mention the ways in which her body, clothing, and appearance are frequently made to be the center of conversation.)

And given that AOC seems to have covered her bases to avoid actual economic hypocrisy (her dress was “borrowed,” her ticket gifted, etc.), what most people seem to be mad about is the appearance of hypocrisy—a view that is valid, but also entirely subjective.

It never ceases to amaze me how white men on the left are allowed to be subversive, ironic, and satirical. For many, it’s their whole thing.

But when a woman of color does some thing subversive, all of a sudden it’s the wrong approach.

Much of the anger or irritation at Ocasio-Cortez seems also to be due to the fact that her dress did not do anything to further legislation or other tangible efforts to actually change U.S. tax laws, with people saying the dress is performative and does not enact real change. And … yes. The dress is performative. It is a performance—one with a specific audience and reaction in mind.

In addition to being a massive fundraiser for the arts, the Met Gala is essentially a costume party requiring attendees to put a specific vision on display. It’s also a gigantic platform that gets an enormous amount of attention online for about 24 hours.

It’s hard to say Ocasio-Cortez didn’t make the most of that platform while she had it.

AOC has everyone repeating “tax the rich” today and people are confused why she went?

The Met Gala is the most effective & reliable publicity stunt. Wear something custom-designed to generate Discourse, a bunch of people who “don’t care about the Met Gala” start arguing about your “publicity stunt,” thus providing it with huge publicity. Like clockwork every year.

What do you think of AOC’s Met Gala appearance? Share your opinion in the comments!

The post Alexandria Ocasio-Cortez Brought Her “Tax the Rich” Message to the Met Gala & Everyone Has Big Opinions first appeared on The Mary Sue.
Read the whole story

Saturday Night Live veteran Norm Macdonald has died following a private battle with cancer. He was 61. Macdonald was reportedly battling an undisclosed cancer for almost a decade, which he chose not to disclose to friends, family or fans. “He was most proud of his comedy,” Macdonald’s longtime producing partner and friend Lori Jo Hoekstra […] 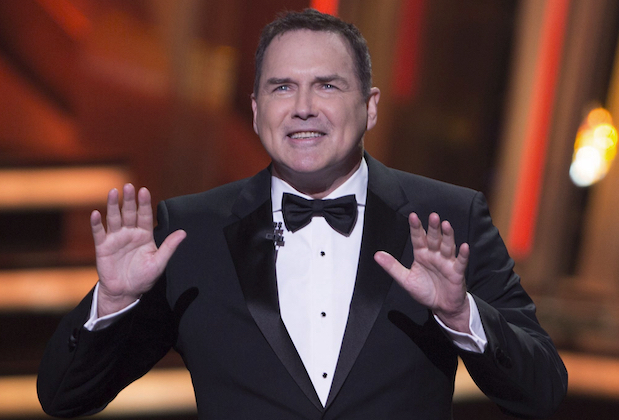